May 18, 2020
So let's begin with the actual thing which you are looking for, so the first city I visited other than Suez was Luxor, probably the hottest place in Egypt and also a historical one. basically, we took a bus, there are trains and also flights to Luxor from Cairo. So we started our journey to Luxor from Suez in a bus, that is the only way of transport from Suez to Luxor, It was about 8 p.m when we left the Suez bus stand and we reached Luxor at about 8 a.m that is the bus took 12 hours to cover a distance of 1000 and odd km. NOT BAD!! 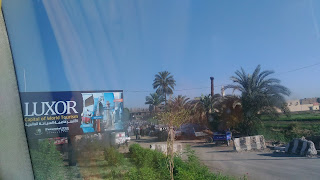 We then moved on to our hotel rooms and even though it wasn't a 5 star or 3-star hotel, the customer service was excellent and the owner seemed to be like a big fan of BOB MARLEY. 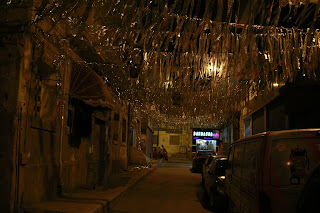 Well so we had our breakfast and departed for the city tour, the first place we visited was the Nubian museum.

Aswan's rather fantastic Nubian Museum is one of Egypt's best and a must for anyone interested in the history and culture of both ancient and modern Nubia. It documents the riches of a culture that was all but washed away with the building of the Aswan Dam and creation of Lake Nasser
The artifacts in the museum collection include a statue of Ramses II, a statue of Amenras, the head of the Shpatka, and the black granite head of Tahraqa. As well as thoroughly explaining the history of Nubia and its people, the ethnographic section displays gorgeous Nubian handicrafts and folk art.

Don't miss the slumping mud-brick mausoleums of Aswan's Fatimid cemetery, just behind the Nubian Museum. The cemetery caretakers are happy to take visitors on a tour and can point out the most interesting mausoleums for you. Don't forget to leave them a small tip. 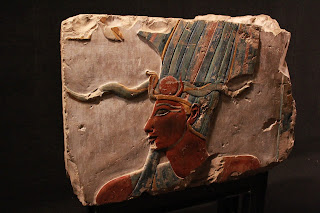 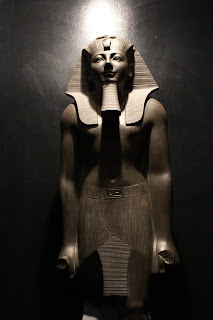 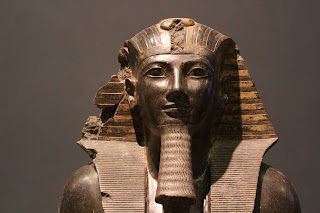 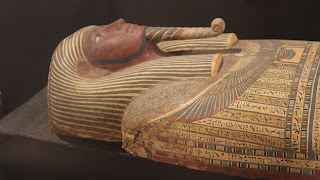 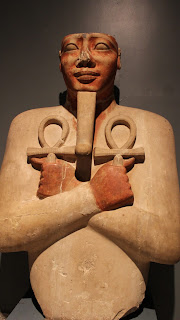 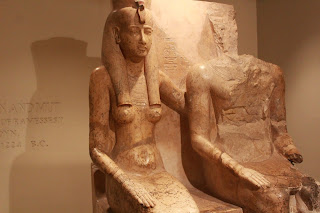 later we wandered around the city for a while and went to a chinese restuarant to have lunch. The heat was pretty intense and we were all exhausted by the virtue of overnight bus journey. So we all rested for a while and at night we went to a beautiful temple which is half destroyed

The Karnak Temple Complex, commonly known as Karnak , comprises a vast mix of decayed temples, chapels, pylons, and other buildings in Egypt. Construction at the complex began during the reign of Senusret I in the Middle Kingdom and continued into the Ptolemaic period, although most of the extant buildings date from the New Kingdom. The area around Karnak was the ancient Egyptian Ipetisut ("The Most Selected of Places") and the main place of worship of the eighteenth dynasty Theban Triad with the god Amun as its head. It is part of the monumental city of Thebes 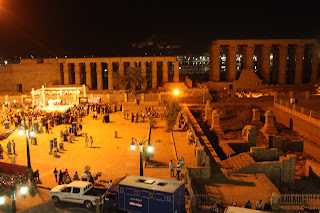 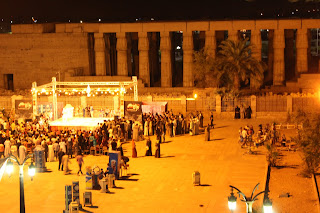 That was it for the day and the next day more grilling was on the cards, the temperature had risen to 43 degrees.
that didnt stop us from stepping out of our hotel though we went straight to one of the most iconic places in the country itself

Luxor Temple is a large Ancient Egyptian temple complex located on the east bank of the Nile River in the city today known as Luxor (ancient Thebes) and was constructed approximately 1400 BCE. In the Egyptian language it is known as ipet resyt, "the southern sanctuary". In Luxor there are several great temples on the east and west banks. Four of the major mortuary temples visited by early travelers and tourists include the Temple of Seti I at Gurnah, the Temple of Hatshepsut at Deir el Bahri, the Temple of Ramesses II (a.k.a. Ramesseum), and the Temple of Ramesses III at Medinet Habu; and the two primary cults temples on the east bank are known as the Karnak and Luxor. 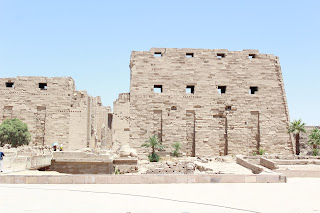 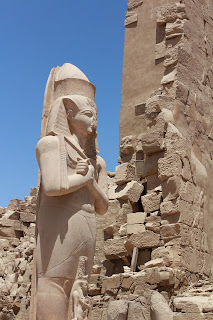 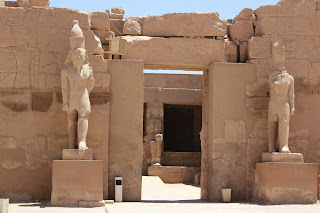 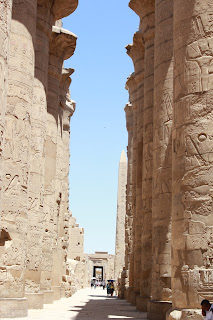 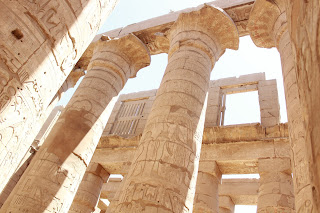 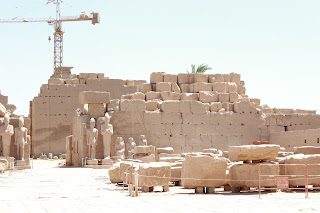 We then went to a hangout place to refresh ourselves and then we had to call it a day. 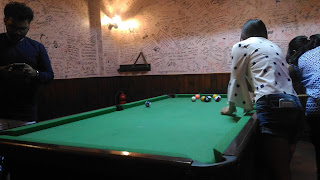 The next day was a travelling day as we were bound to travel to Aswan from Luxor. We had decided to take a train and it was scheduled for departure in the noon,so we still had ample of time and we fancied to take up the very famous hot air balloon ride along with one of the ancient temples the temple of hathepsut.

The reason why it is so famous is because the queen ruled the kingdom as a king unlike other dynasties in Egypt and what makes it more fascinating is the kingdom or the building was commissioned and designed by the queen herself, its also one of the most striking architecture in the world. We got to take a battery car inorder to reach this place. Apart from that there is also a cemetery where all the notable kings have been mummified, Some of the tombs are free to visit and you have to pay to see some of the mummies. 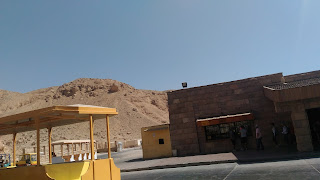 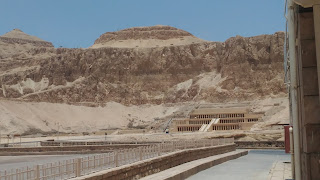 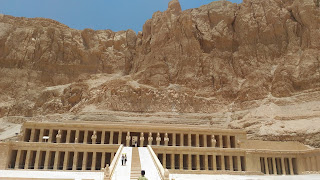 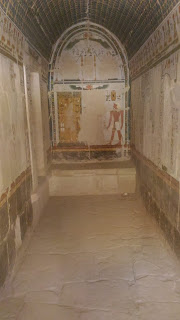 It can also be observed that the paintings from ancient time is still intact and haven't been destroyed yet.


After finishing up these two places, we headed for a hot balloon ride. We were actually supposed to cross the Nile river, But due to constraints we couldn't accomplish that. So that was our last activity in Luxor as we were headed to Aswan in a couple of hours 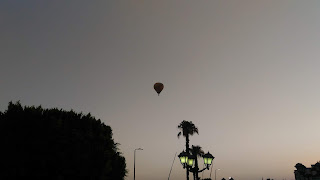 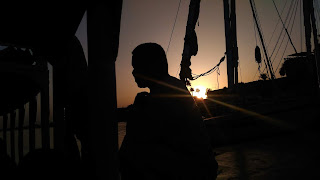 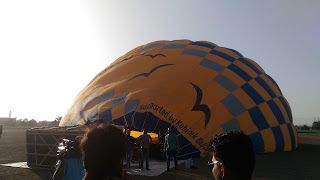 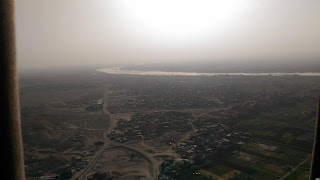 That was it from Luxor, we then head on to Aswan which is another 70 miles from luxor 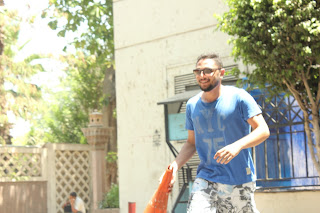 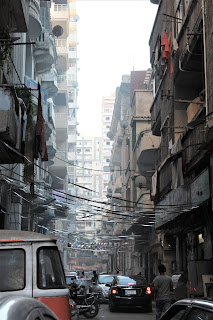